Last weekend we went to visit Mike's family in Royston. First, we went for a walk at a place I had seen the previous week when I had gone to the quilt study day at Swaffam Prior - the Devil's Dyke. This is a huge Anglo Saxon earthwork which is now a protected monument. Despite the fact that it is now cut through by several roads, it runs for several miles and has a footpath running along the top of it. What an effort it must have been to build - apparently it controlled trade and traffic along the Roman road, the Icknield Way, which runs nearby. 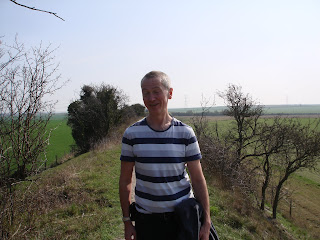 The weather was very warm and we took a short walk along a stretch near Swaffam Prior. A local tale says that the Devil came uninvited to a wedding - after being chased away by the villagers from the church, he created the dyke with a great sweep of his firey tail! 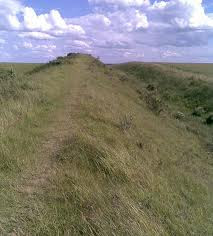 Parts of the dyke have been restored and you can clearly see how a ditch was dug and the spoil used to create the dyke. 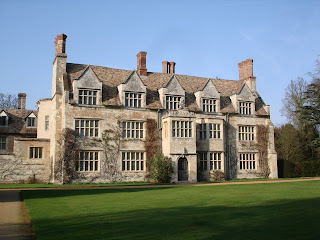 After lunch with Mike's family, we returned to another landmark nearby, Anglesea Abbey, a stately home now owned by the National Trust. 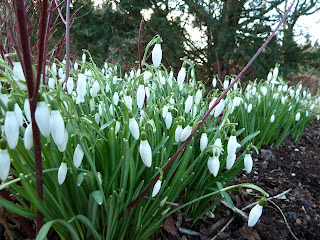 Anglesea Abbey is famed for its snowdrop display - these were more-or-less finished except for a few late varieties. 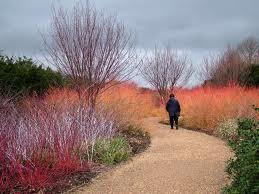 But there were still some excellent displays, including beds of sallows with various coloured bark.... 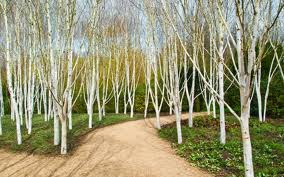 The most stunning area was this grove of silver birches - I'm told it is a fantastic sight in autumn with the falling golden leaves.
Posted by Pippa Moss - Welsh Quilts at 11:07