Traditional Welsh Costume was first identified in Wales from the 1770's. Tourists described it in detail as it was different from clothes worn by rural English women. The main difference was the over-garments. 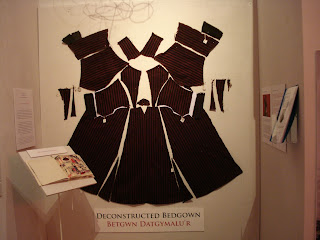 The bed gown was a short loose jacket, worn almost everywhere except in bed. They were sometimes made of wool, but mostly of printed cotton. Here we can see a deconstructed bedgown, which shows that it was a complex, tailored garment. 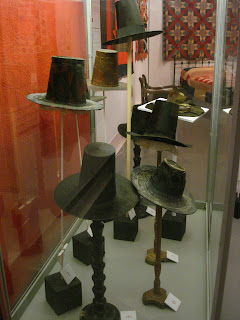 The Welsh hat with its tall crown was first worn in the 1830s and became an icon of Wales. Many were made by English hatmakers who used the same materials and techniques to make mens tophats. Welsh hats were expensive, fragile and awkward to store, hence worn by wives and daughters of affluent farmers at market and at special events. Production ceased after 1880. 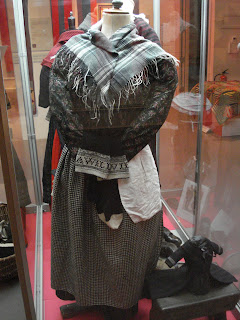 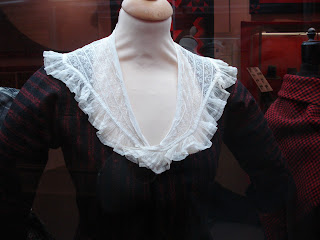 A collar could replace the shawl for dress events. 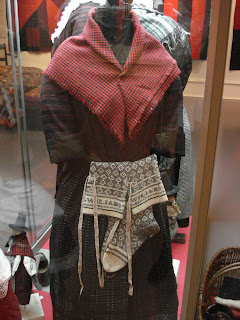 Stockings were handknitted, most that survive today were special gifts, such as these wedding stockings seen here. 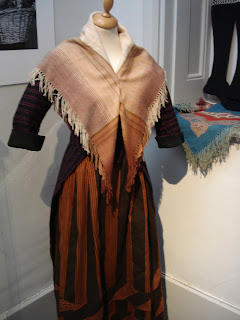 The gown was finely tailored: the front was low cut above the waist and open below and there was a long tail. The gown was worn over a chemise and a shawl kept the neck warm. An apron covered the skirt at the front. A long cloak with a large hood was worn in bad weather. 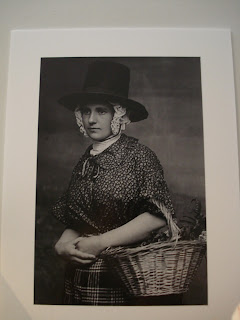 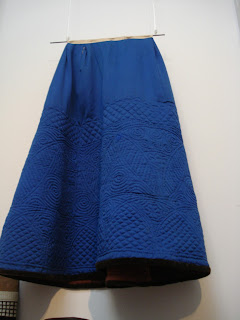 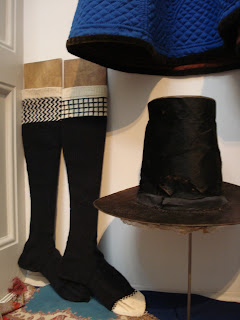 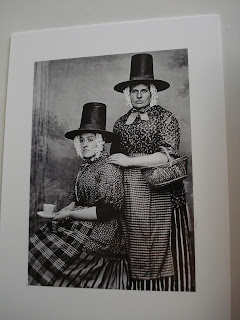 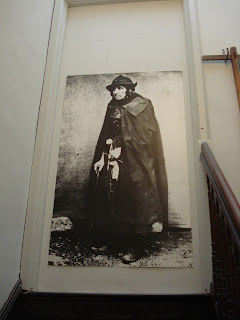 An older woman, who looks to be wearing an old fashioned outfit.

A catalog is available from Jen Jones, and is well worth having. More details:

Www,welshquilts.co.uk
Posted by Pippa Moss - Welsh Quilts at 15:32 No comments: