I had long been a bit puzzled by one description in Mavis FitzRandolph's book Traditional Quilting - her mention of a North Country quilting pattern that was apparently a common one. It was so prevalent amongst the quilters of one  particular Durham village that it became known to the RIB staff as the"Page Bank" pattern. The only problem was, that this pattern did not seem to be illustrated in her book!

All was revealed in Dorothy Osler's talk at the Worthing seminar in 2014, when the Page Bank pattern was illustrated. It is paired feathers, a pattern also known as Festoon Feathers, and illustrated as such in FitzRandolph's book. This pattern can also be seen on one of the Durham quilts illustrated in the RIB  catalogue of the 1930's.

This feather pattern is not only striking, but it covers the fabric well without being overly intricate.

So... I was pleased to find this quilt with paired feathers. The fabric is a satiny artificial silk material, in dull green to one side and pink to the other (creatively described as pistachio and raspberry by the dealer!)

The pink side must be the right side, as the quilting is done in pink thread. 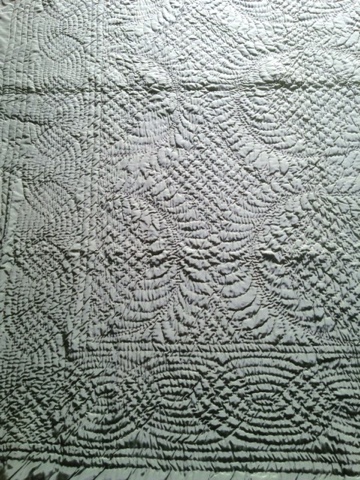 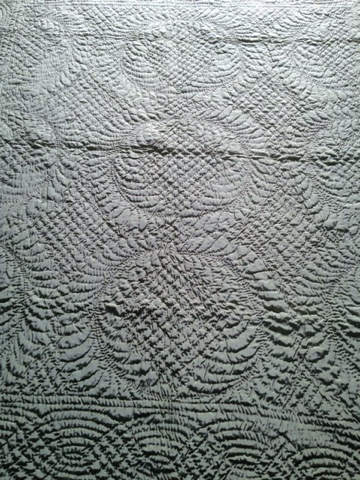 Another photo of the green side.. 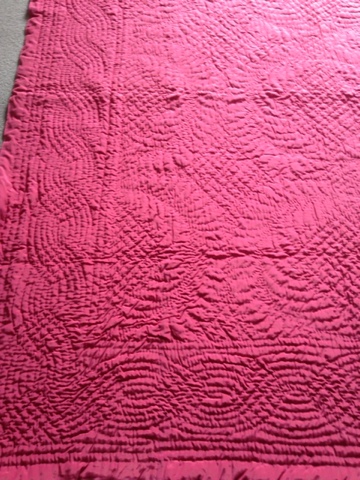 ..and the bright pink side. 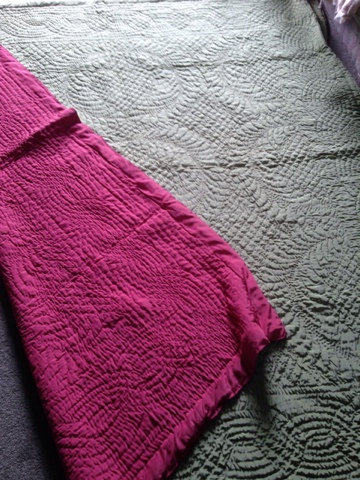 The wadding is of mid weight. The size is 92" x 96".
Stitching is good, but not great...but the quilting motifs still stand out well. This quilt came from an auction where the other textiles came from Cramlington.

It is interesting to compare the feather motifs on this quilt with those on my pink WI group quilt from the Sunderland/Washington area.

The quilt edge has a single line of machine stitching. 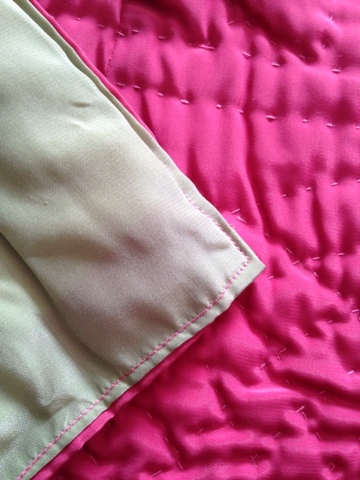 Posted by Pippa Moss - Welsh Quilts at 18:00 No comments: