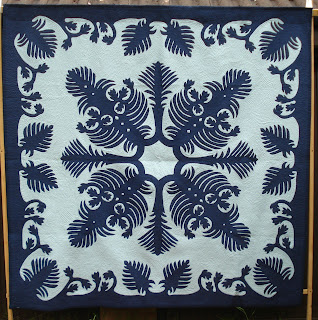 My first large Hawaiian Quilt, Lei Neriali or Silversword. Photo taken at a past Festival of Quilts, NEC, Birmingham. The Silversword is an plant endemic to Hawaii, where it grows on the slopes of volcano craters. Blue grey background with navy appliqué, all hand sewn and echo quilted. Poakalain patterns. 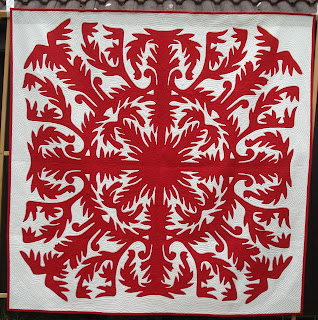 Molokama (2010) another traditional pattern from Poakalani of Honolulu. FOQ 2010, and Malvern 2011 where it won  cups for best hand appliqué and best hand quilting. Red and white quilt. 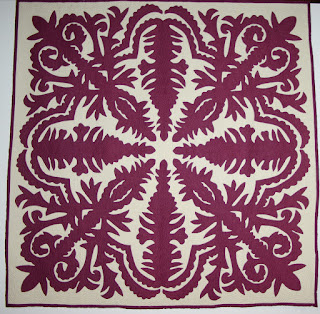 Piilani (2012) - hard to see in the lighting at FOQ 2012, but this is mid purple on a cream background. A traditional pattern from Poakalani. All hand sewn with echo quilting. Went to Malvern where it won the cup for Hand Applique. 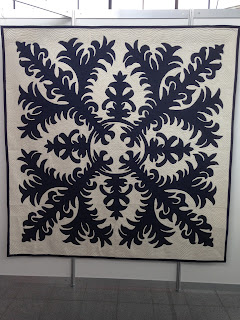 Molokama (2013), in Blue and Navy. Wool wadding. Shown here at Nadelwelt,  Karlsruhe in my exhibition of Hawaiian quilts in June 2016 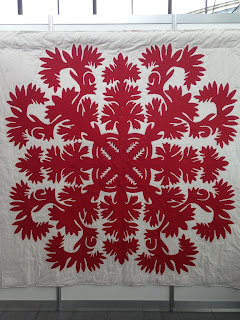 Lei Momi or String of Pearls (2016). This photo was taken at Karlsruhe June 2016. It was not entirely quilted at that point, but everyone seemed interested to see the process. 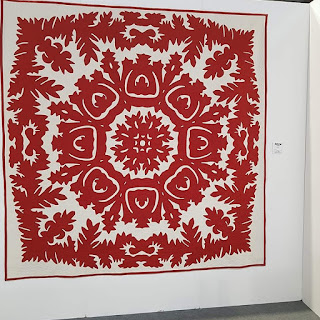 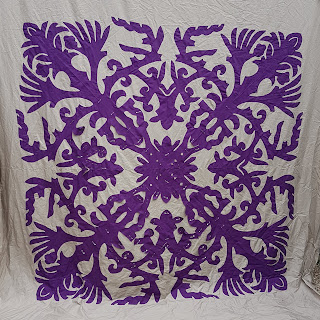 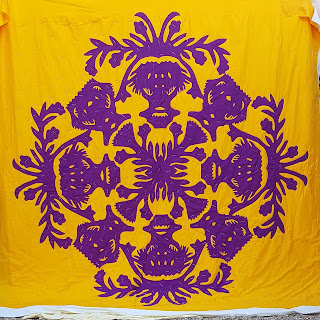 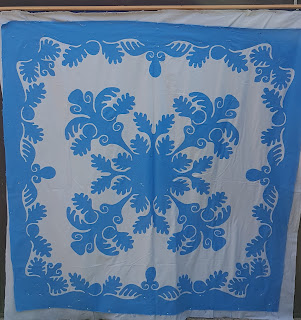 Ulu by Elizabeth Akana - I posterised this pattern and amended slightly to get it to the desired size. 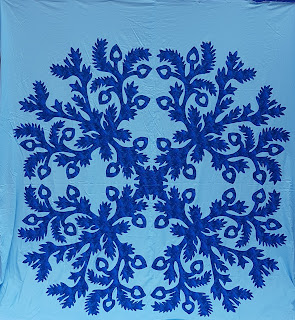