Mike and I usually try to take a walk on Sundays. Recently we have been using the Ordnance Survey maps to invent our own walks along the many footpaths of the area. Footpaths are protected by law and were the way most people used to get to their place of work in the days prior to modern transport. There are also bridleways, cart tracks and my favourite,"green ways" (old sunken roads). 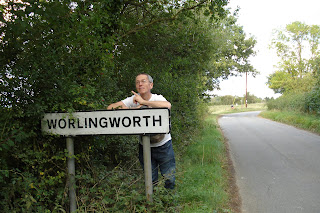 Yesterdays walk was at Worlingworth, a small village near to Framlingham. 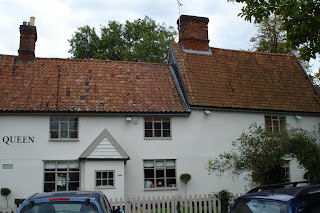 First we had lunch at the Dennington Queen, a pub which does good food. There was a village cricket match going on behind the pub (as someone who did not grow up in this country, I readily admit that I know little about the game and even less as to how it is scored). It was too cool to sit outside on the pleasant patio yesterday. 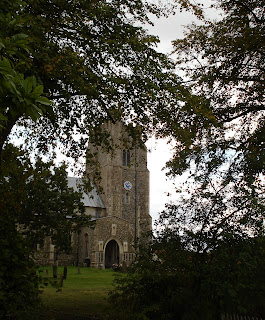 But we could see Dennington church through the pub windows - pubs and churches are often found side by side! Dennington has a heavy ring of six bells which has recently been rehung so that they are easier to ring. 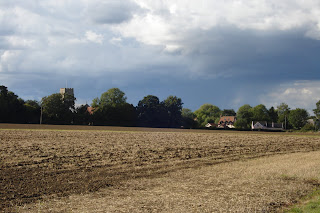 We started our walk at Worlingworth church. The fields have mostly been ploughed now, ready for the next crop. There were plenty of fluffy white and sometimes dark clouds, but we didn't get any rain, luckily. 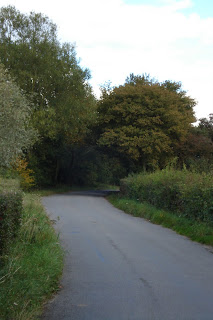 The walking was along footpaths and quiet country lanes. 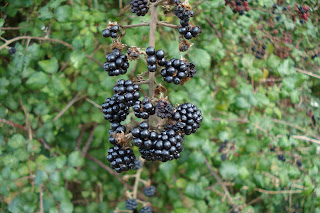 This has been a good year for blackberries. 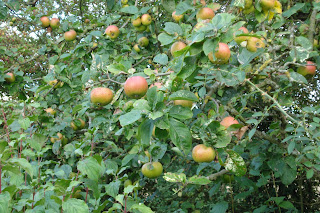 And apples, pears and plums.

Its good to get out and get some fresh air as well as some exercise. We also occasionally get to see some wildlife - we saw a stoat (or was it a weasel?) but only for an instant. Still, good to see.
Posted by Pippa Moss - Welsh Quilts at 18:49