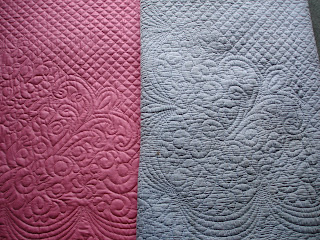 I am going to begin a series of posts on Allendale quilts - these are the quilts that were marked by professional quilt "stampers" in the Allendale area of Northumberland. Over the course of several posts, I will relate some background information, and then present several stamped quilts to you. 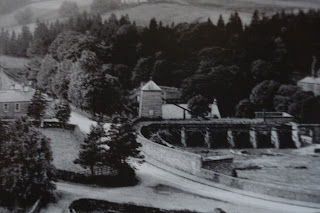 Allendale, in the northern Pennine Dales, Northumberland, was an important lead mining area, but also famed for its experienced quilters. As the mines declined after 1860, many people emigrated or moved elsewhere in search of work. Those who stayed had to find other sources of income.

George Gardiner was a successful shop owner and hat-trimmer in the village of Dirt Pot. He became famous for his quilt designs, developing a quilt format that would be used for the next 100 years. He had many apprentices, the best known of whom was Elizabeth Sanderson, who worked from c. 1875 to her death in 1934. 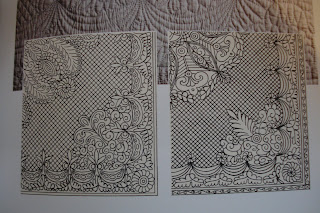 These quilt designers were called stampers because it was commonly supposed that there was a special transfer method to put the blue markings onto the cloth. In fact, a durable blue pencil that would not easily rub off was used for the marking. The markings had to withstand parcelling, posting, peddling and finally quilting, sometimes by inexperienced quilters. the markings did eventually come out, although many quilters were proud of having a specially marked quilt and preferred to keep the quilts unwashed.
Posted by Pippa Moss - Welsh Quilts at 10:54