Here are two cushions that I recently "won" on that online auction site. The seller was a lady from Carlisle, who had known Amy Emms well . She was selling a number of cushions as her children were not interested; however she still owns three quilts made by Amy. 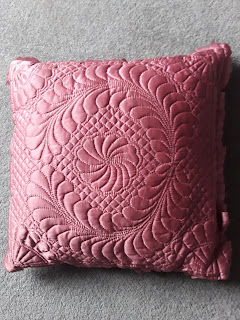 Here is a cushion with a rose and a feather circle. Fans are in the corners. This seems to have been Amy's most usual pattern. Notice the very even quilting stitches! 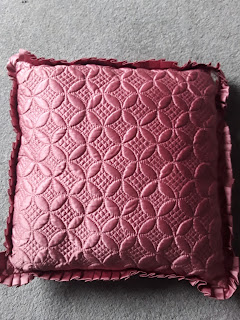 The back of the cushion has a nice wineglass pattern, The cushion also has a frill, which is an added extra, 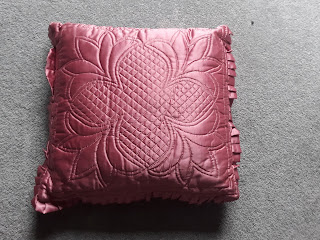 The other cushion has four feathers or trefoils with infill. 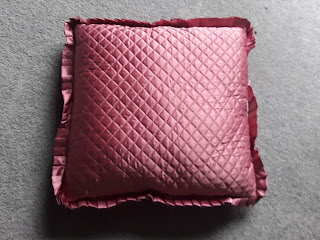 The back of the cushion has diamond infill. 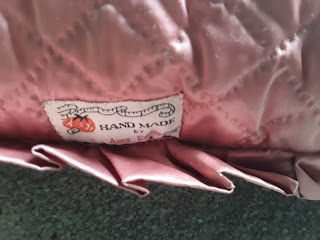 Both of the cushions have Amy's label. I have other Amy Emm's cushions that are earlier, and lack this label.

There were other cushions for sale, but of course you can't bid on them all, for fear that you would then have to pay for too many items, if you won them. So I just put in two bids.....

I never met Amy, but have heard a lot about her from Lilian Headley and others. Most of us also have a copy of Amy's book, which is well worth a read,
Posted by Pippa Moss - Welsh Quilts at 16:02