On Friday, the weather being relatively dry, we were determined to go for a walk. The Farmer suggested the coastal walk, starting at Cwmtydu. Basically, you followed the nearest road, up to the coast! 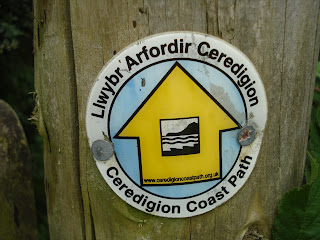 There is a walk around much of the Welsh coast. The section we chose is hilly, especially for us flatlanders from Suffolk! 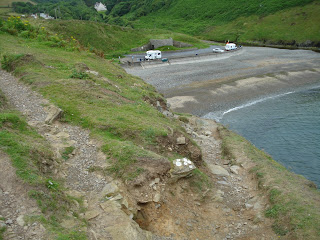 This is the little bay at Cwmtydu - before the advent of roads, all goods would have been landed in small bays such as this. And, this bay was often used by smugglers, who hid goods such as salt  and   brandy in caves until they could be taken inland by horseback. 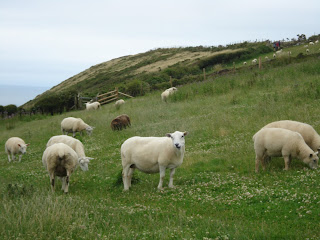 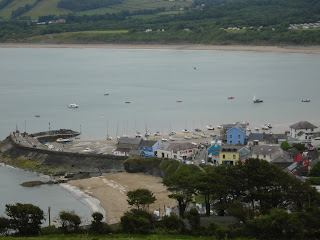 The port of New Quay was 4 miles away...a popular seaside resort town, but with active fisheries. 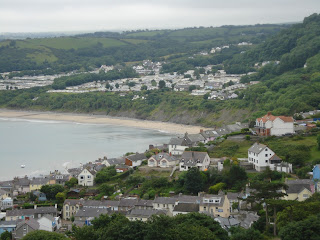 New Quay has an enclosed harbour and is a popular spot for dolphin, whale and seal watching trips. 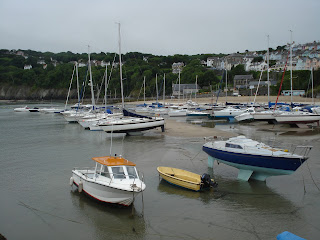 Low tide when we were there...lunch was fish and chips with a crowd of seagulls watching us... 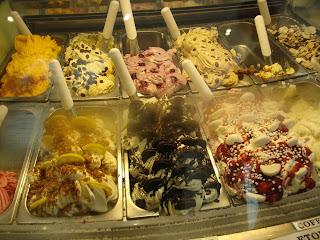 Followed by an ice cream....we were able to spot some seals basking on rocks as we walked back to Cymtydu. 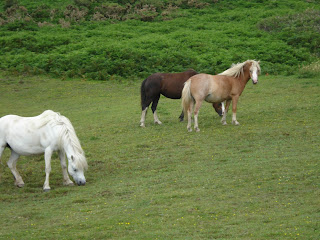 My trusty old walking boots, which have carried me many miles in several countries over many years, suddenly felt quite different while in New Quay.......while they had been OK with the flat walks in Suffolk, they had come apart completely at the toes during the climbs and descents of the Welsh hills. I'll have to use my new pair of boots now, even in muddy conditions!
Posted by Pippa Moss - Welsh Quilts at 17:16