Today's walk was at Gt Livermere, Suffolk, a small village not far from Bury St Edmunds. Mike had agreed to ring a quarter peal of Erin Caters at Bury, so we set off early for a short walk. 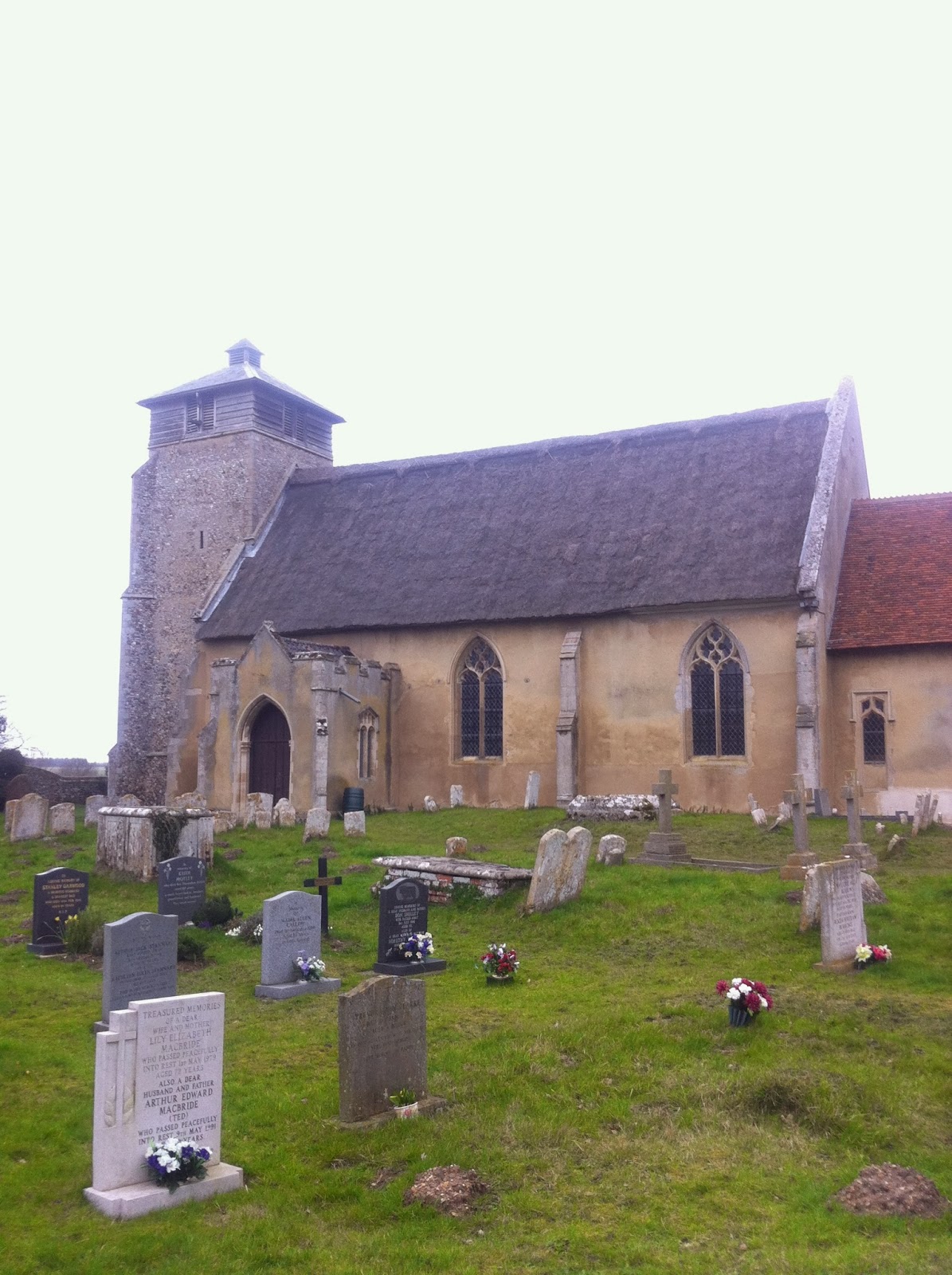 The church at Gt Livermere is one that I had not visited before, as it has no bells....but is a charming country church. Note the thatched roof and the tower with a wooden belfry roof. 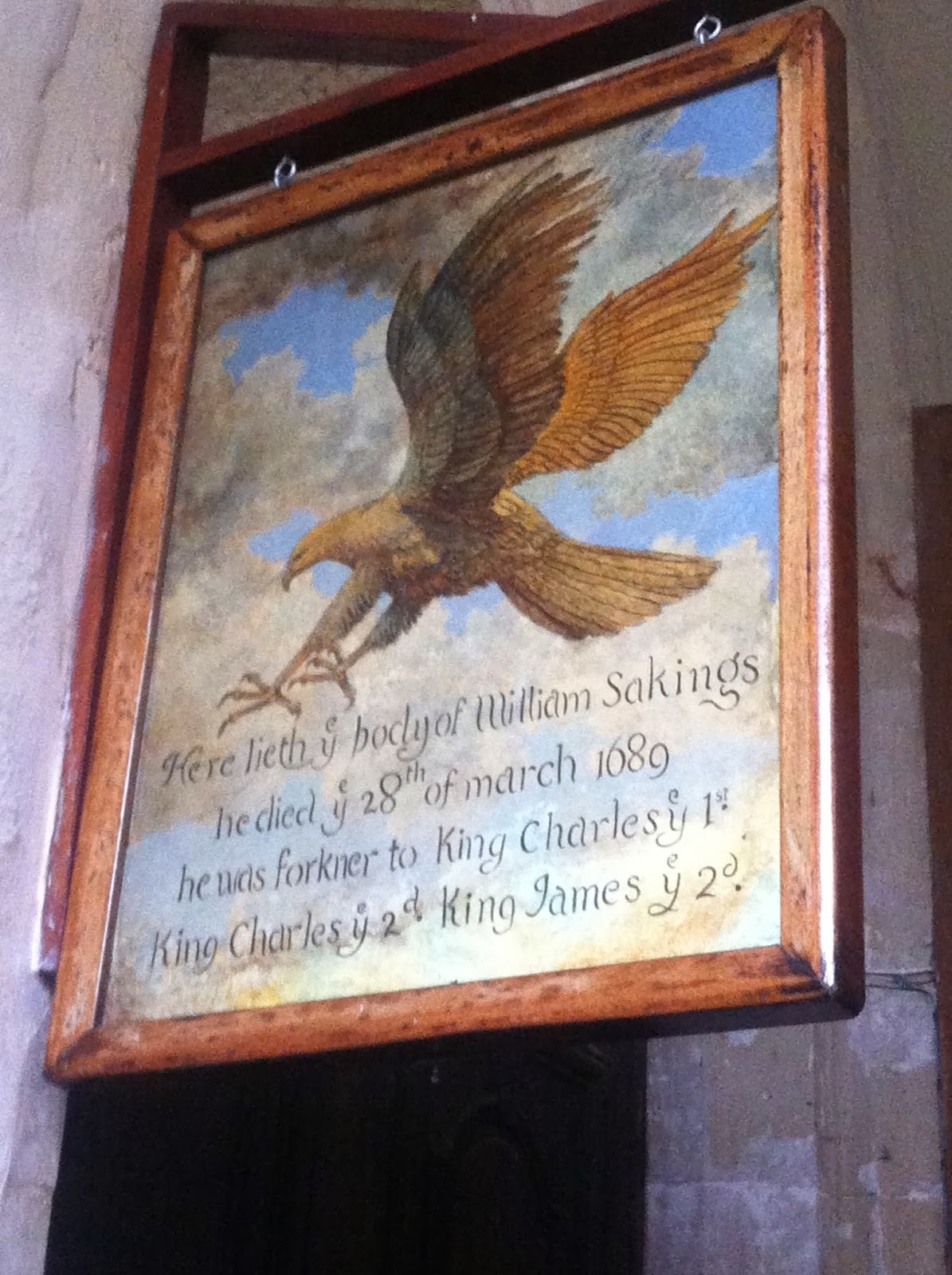 Inside, a sign commemorates the grave of William Sakings, the King's forkner (falconer). Serving three Kings, this was an important and well paid job. 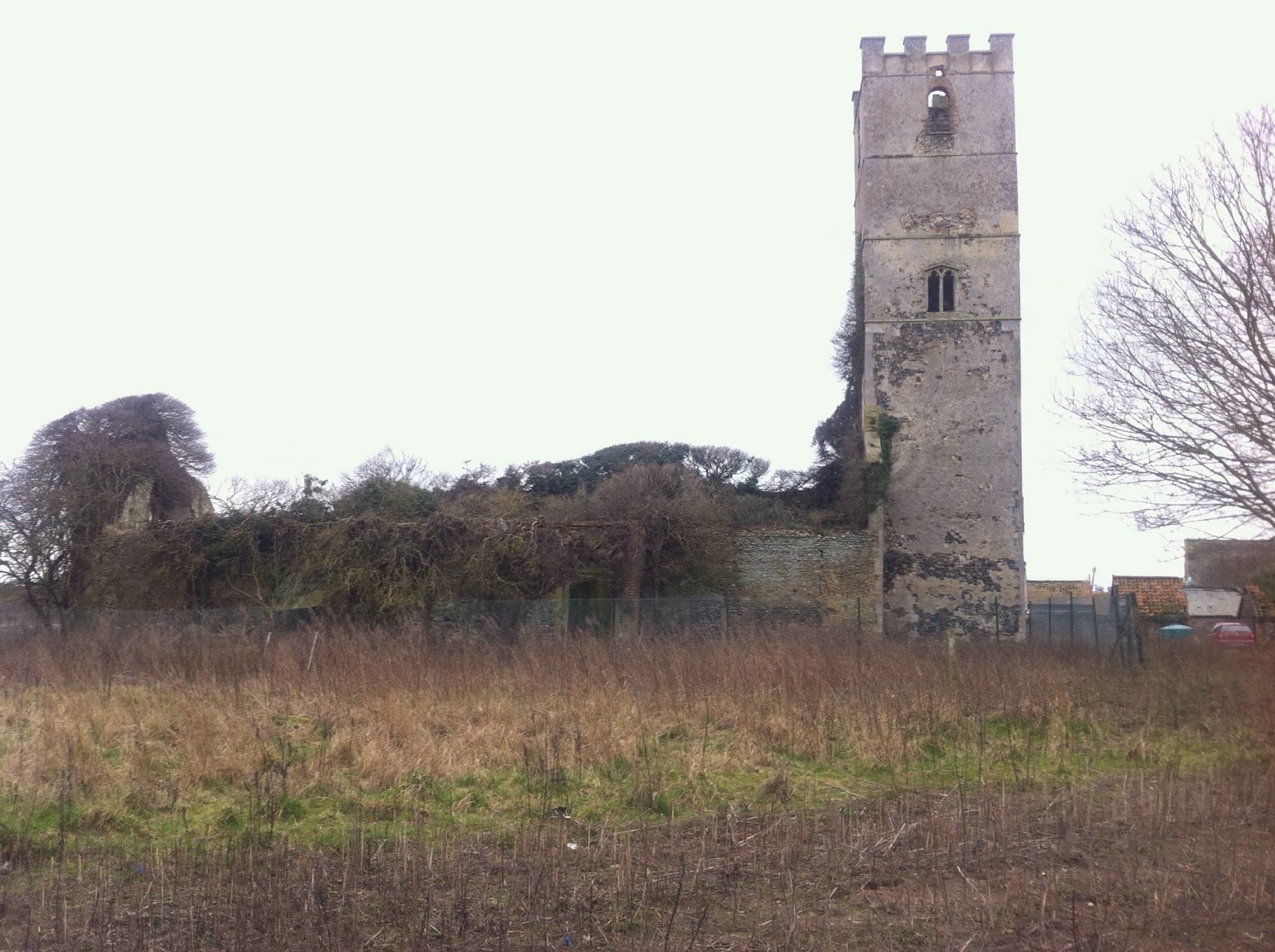 We walked down to a small reservoir, full of swans, geese and ducks at this time of year. On the far side, in a farmyard, could be seen the ruins of St Peter and St. Paul, Little Livermere. Suffolk and Norfolk were prime farming areas, and before mechanisation, would have been very densely settled, with many more inhabitants than now. This church was abandoned in the early 20th century. Some of its contents are to be seen in other local churches. 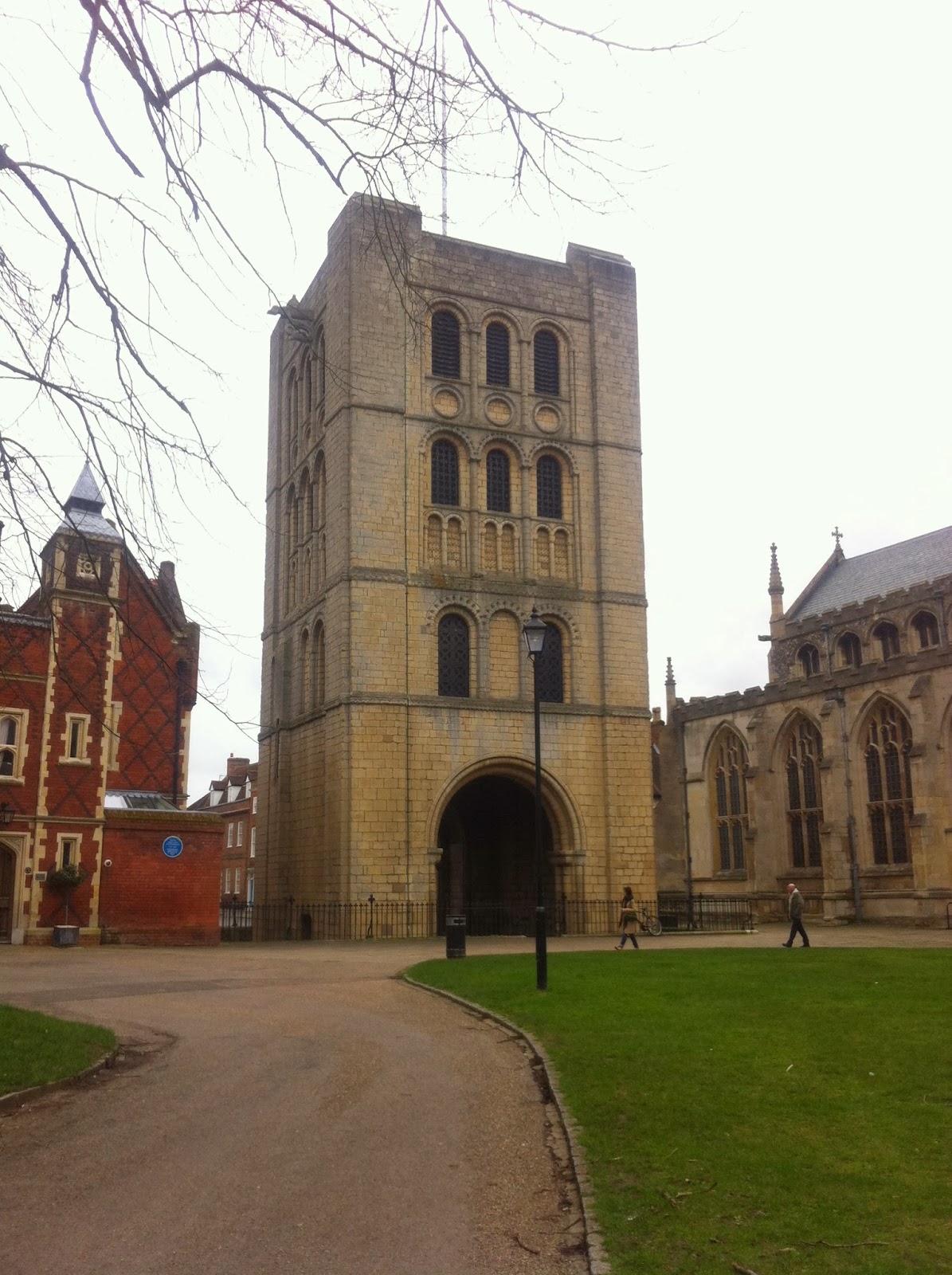 Then it was off to Bury St Edmunds, six miles away. The cathedral has a detached bell tower, the Norman Tower. This is considered to be one of the best remaining examples of Norman architecture, similar in age to the Tower of London. It was built by Abbot Anselm between 1120 and 1148. 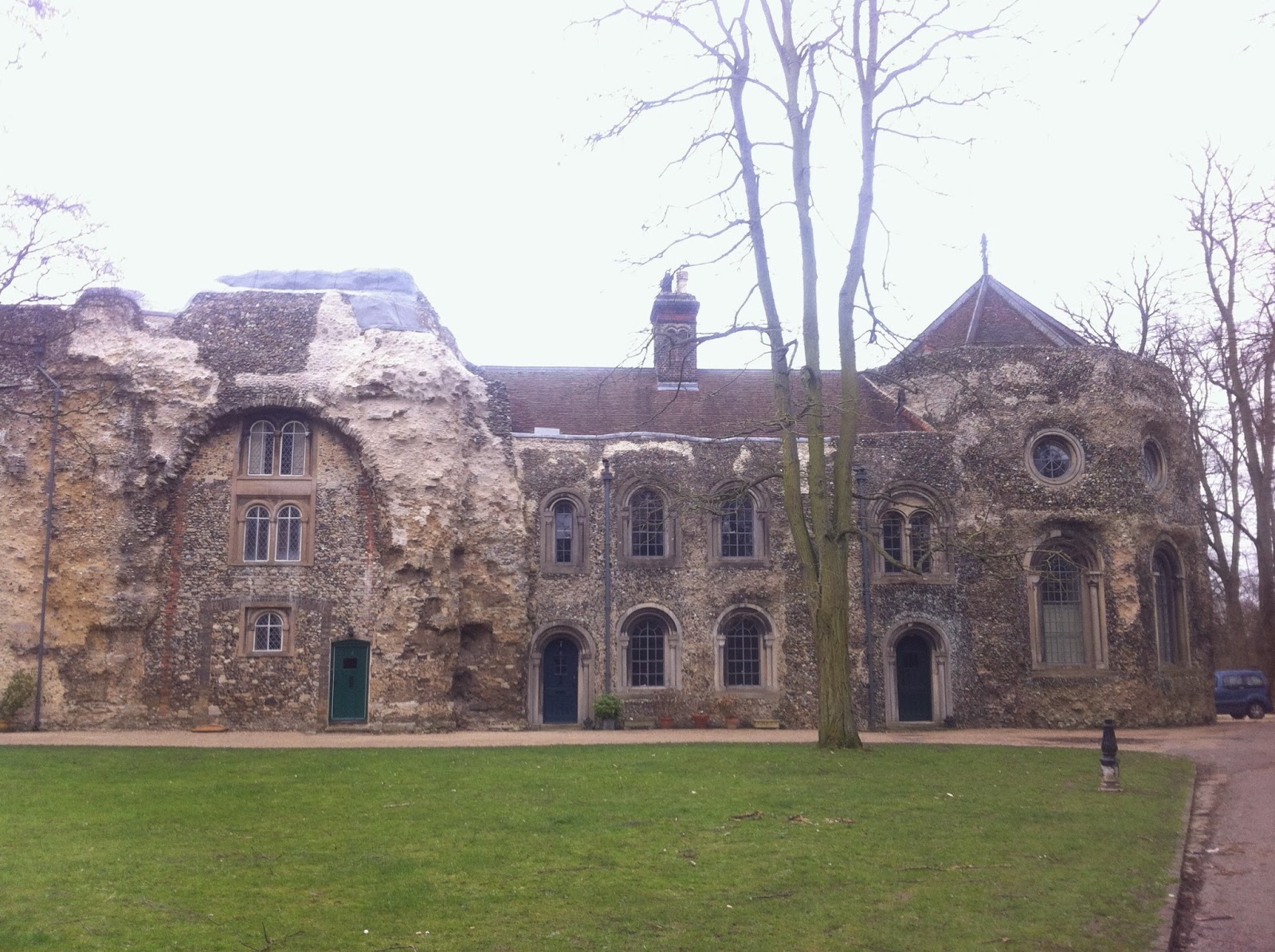 Before the Dissolution of the Monasteries during Henry VIII's reign, there was a very prosperous Benedictine Abbey here. housing the shrine of St Edmund.....these houses are very elegant, and have been built in the ruins. 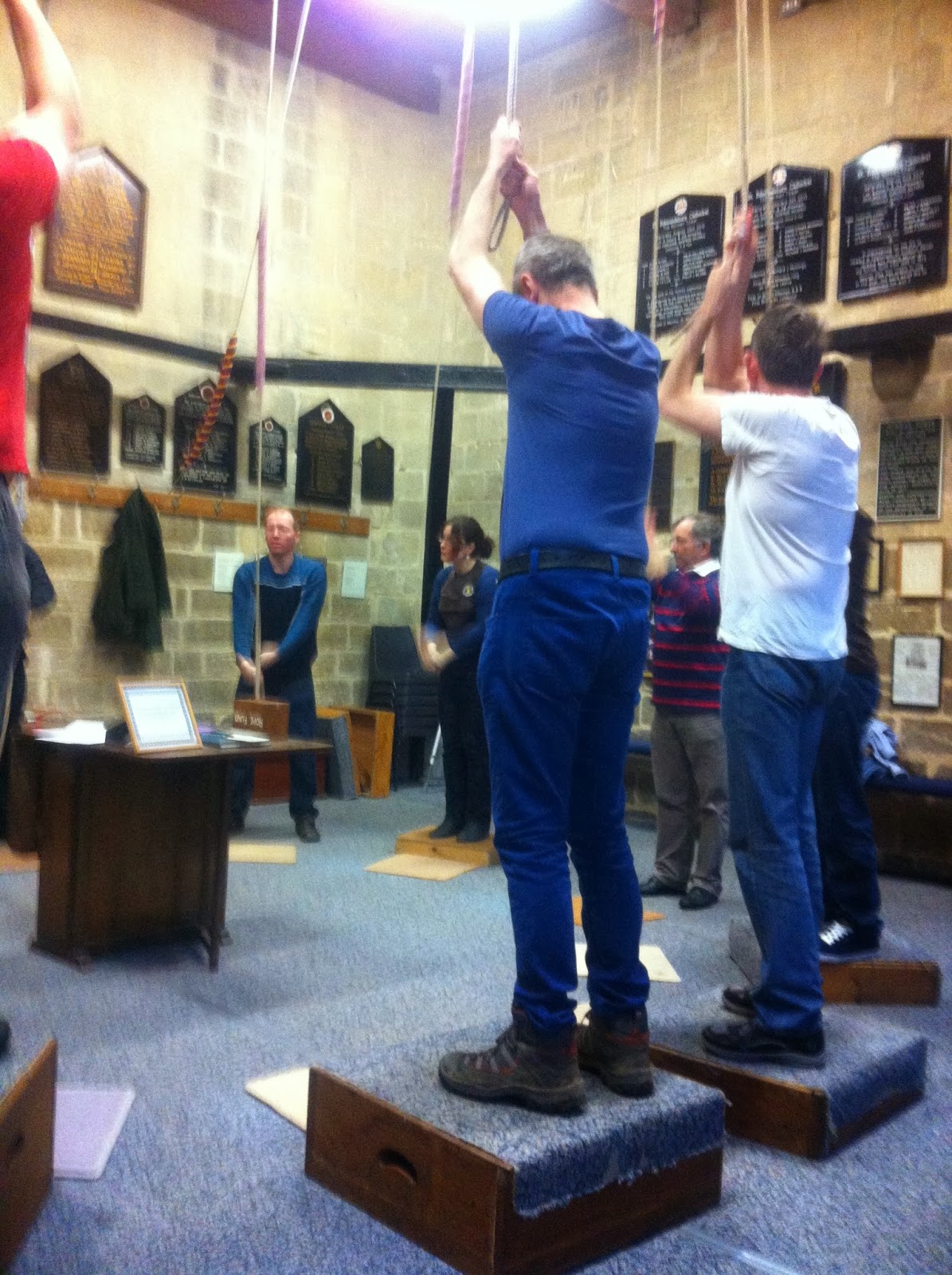 The bells were formerly a ring of 10 by Thomas Osborne, but were recently augmented to 12. A large ringing room with a massive ring beam. The quarter was Erin Caters and was intended as a practice for the Ridgeman trophy, a ten bell ringing contest,to be held later this year. 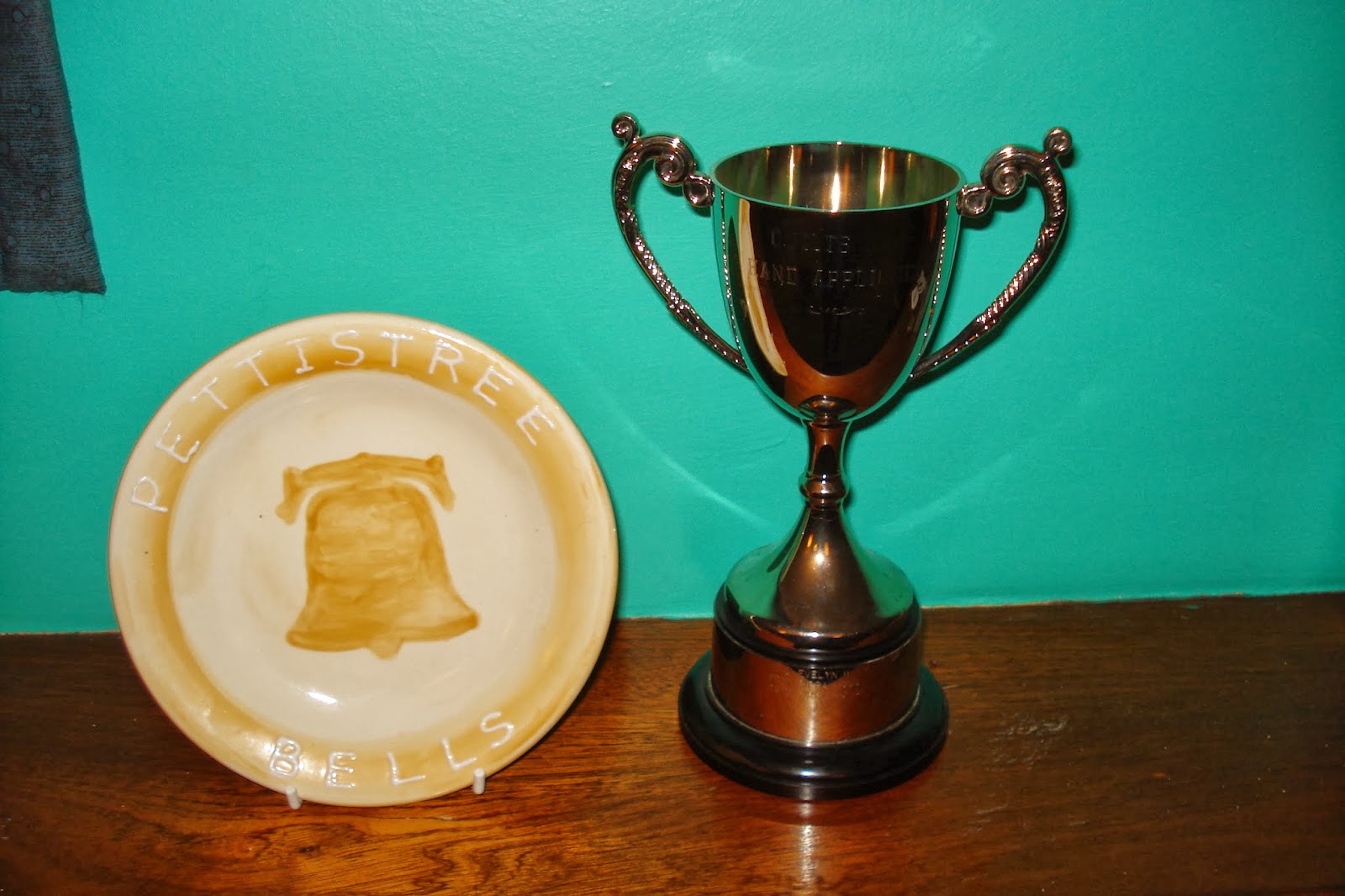 On Saturday night, we had our annual Pettistree dinner at the Froize Inn, Chillesford near Orford. I now have another item to put beside my cup for Hand Applique - Mary's bellringing plate, an award made annually for contribution/effort to ringing at Pettistree.
Posted by Pippa Moss - Welsh Quilts at 19:53