Mike and I drove up to York in June, so that I could attend a Quilters Guild Meeting for Treasurers (I am the  Treasurer for the Traditional Quilt Group). We stayed in York for the Friday night, but as it was a race weekend and the prices were very high, we decamped to a motel outside of  York for Saturday night. While I had my meeting on Saturday, Mike was wandering around York with his cameras. 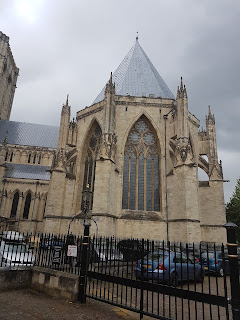 On Sunday, we parked the car (always a feat in York) and walked to the Minster. 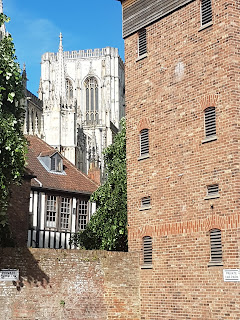 We parked near the Quilters Guild in St Anthonys Hall and walked along the walls towards the Minster. 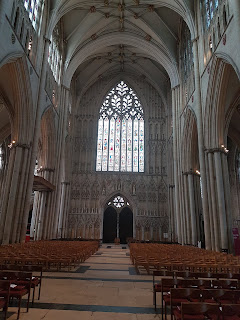 Of course, the object was to ring the Minster bells. The previous Dean fired all the bellringers and formed a new band - a great upset in the bellringing world - so Mike wanted to see whether the new band was more welcoming and what they were like.....they were a friendlier bunch. 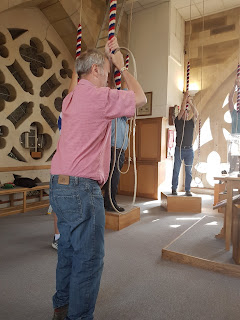 These bells are some of the heaviest ringing bells in the country; Mike had a ring but as I had rung here many years ago with Durham University I sat out. We went to St Wilfreds across the road later, where I did have a ring... 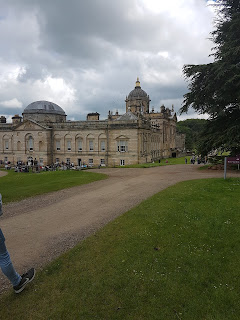 Later we went to Castle Howard, a grand National Trust property and famous as the "Brideshead Revisited" venue. It was very crowded, as it was Fathers Day and there was a motor event going on. 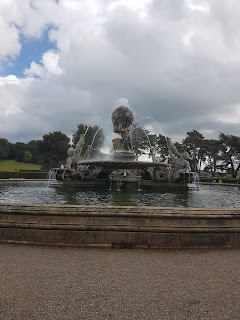 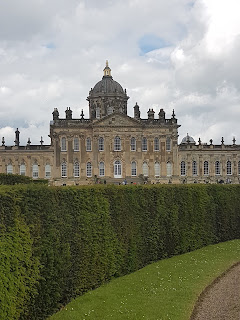 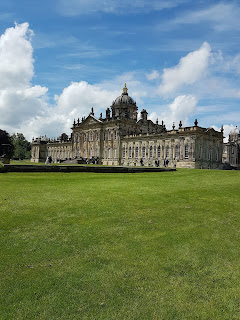 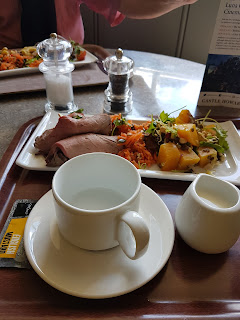 The lunch was, unexpectedly, very reasonable in price and very tasty… 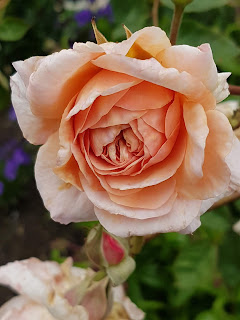 The Walled Gardens were full of beautiful flowers. 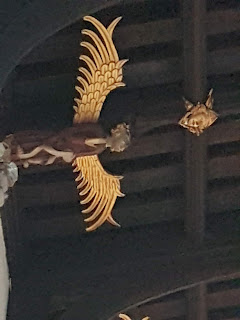 On the way home, we stopped at Stamford, which has several mediaeval churches, some now redundant. This one had beautiful angels in the roof. 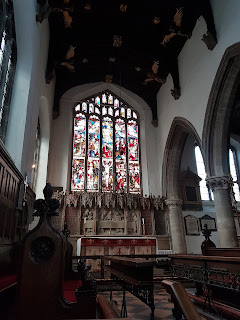 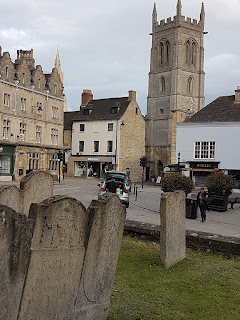 Stamford was a major coaching stop in former times. 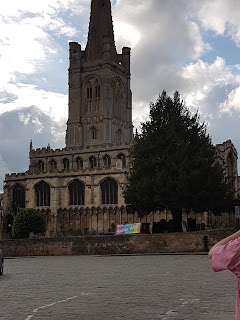 Some of the churches are very grand in size for such a modest town, an indication of its former wealth and importance. 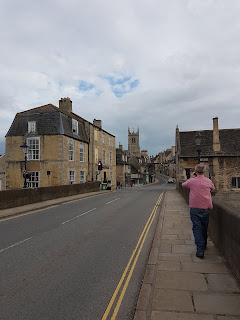 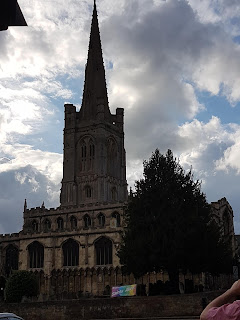 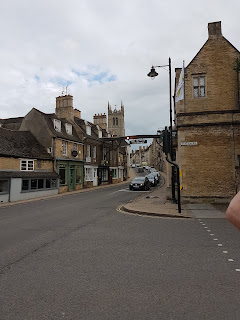 The famous George Hotel, with its sign stretching over the road.
Posted by Pippa Moss - Welsh Quilts at 19:55