Here is a tea cosy in corded, or Italian, quilting....it was made in 1946 by Mrs Dryden of Easington as a wedding gift, and never used. Mrs Dryden taught traditional quilting. 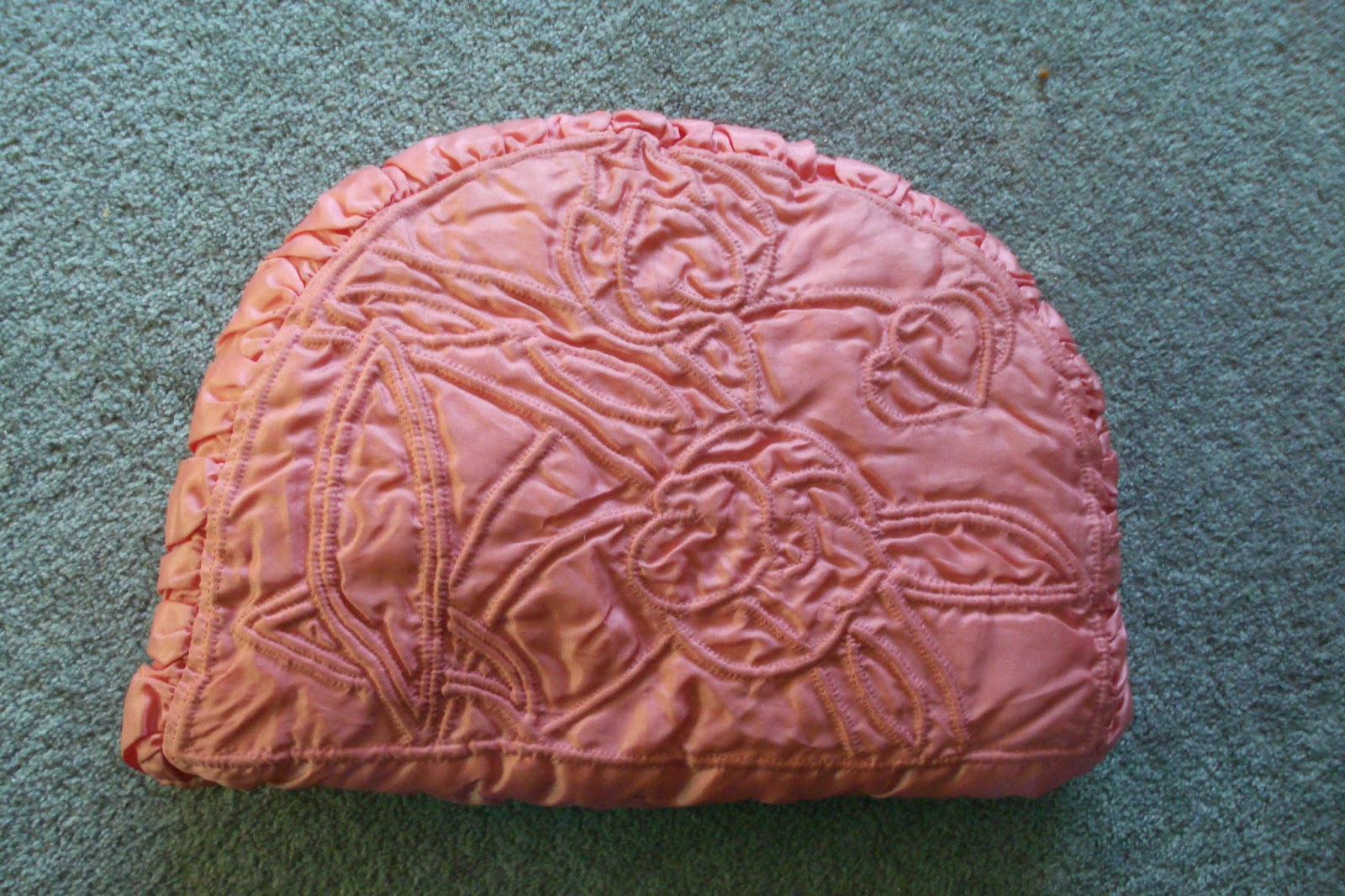 The tea cosy is expertly stitched and is nicely put together. The designs are floral....

I tried to find out more about Mrs Dryden on the internet....googled various things to do with Dryden, quilting and Easington.....nothing of interest came up.....as a final attempt I searched for the more general "Durham quilters"....and suddenly this image from an archive appeared...it was Mrs Dryden.... 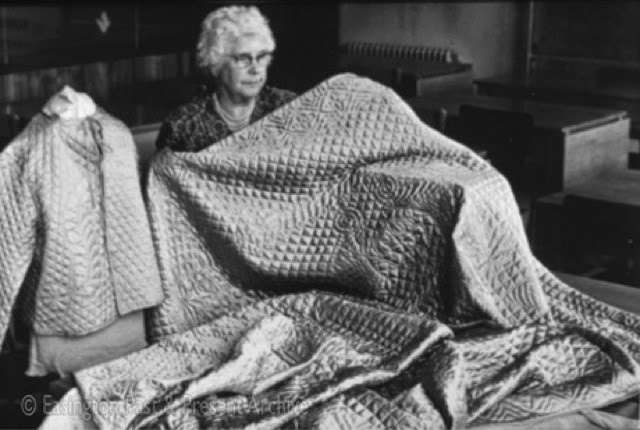 I was able to discover that her full name was Emma Dryden, and that she lived at High Moor Farm, Easington. She had five daughters and one son, and evidently won many prizes for her quilting. 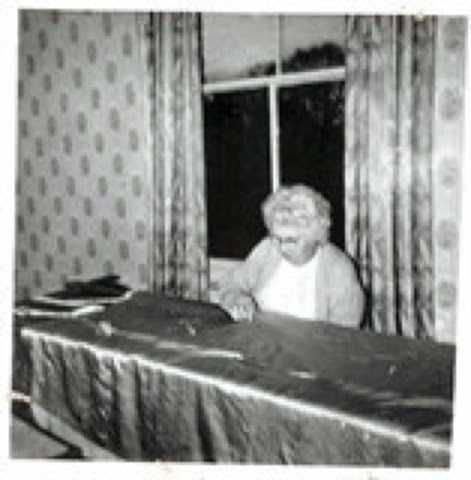 Mrs Dryden at her quilting frame...apologies for the poor images... And Emma with some of her trophies for quilting. Mrs Dryden was a friend of Amy Emms. She was older than Amy, and the seller says that it was Mrs Dryden who should be credited for starting the revival of traditional quilting. 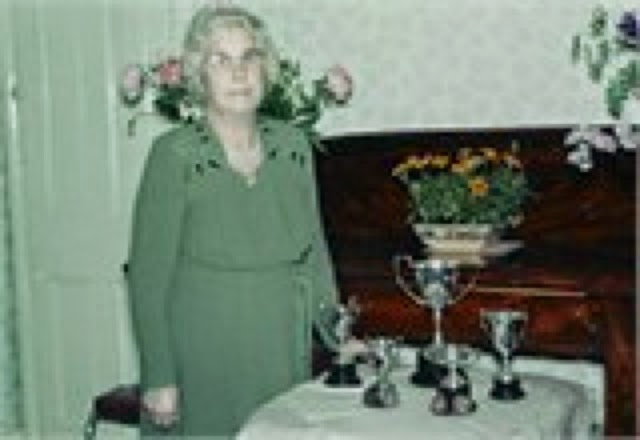 Millennium Quilt is in Spain

I discovered this photo on the internet.....my Millennium quilt has safely arrived in Sitges, Spain... 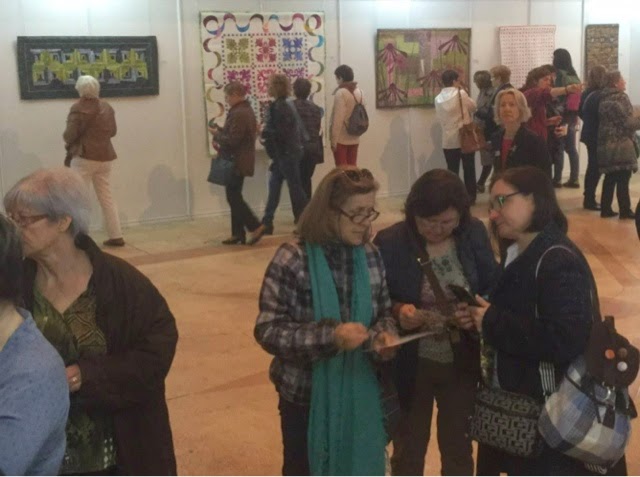 Here is a Welsh quilt which came from a house clearance...it measures 200 x 200 cm or about 79" square. It is cream on one side and a darker pink on the other, in cotton sateen. 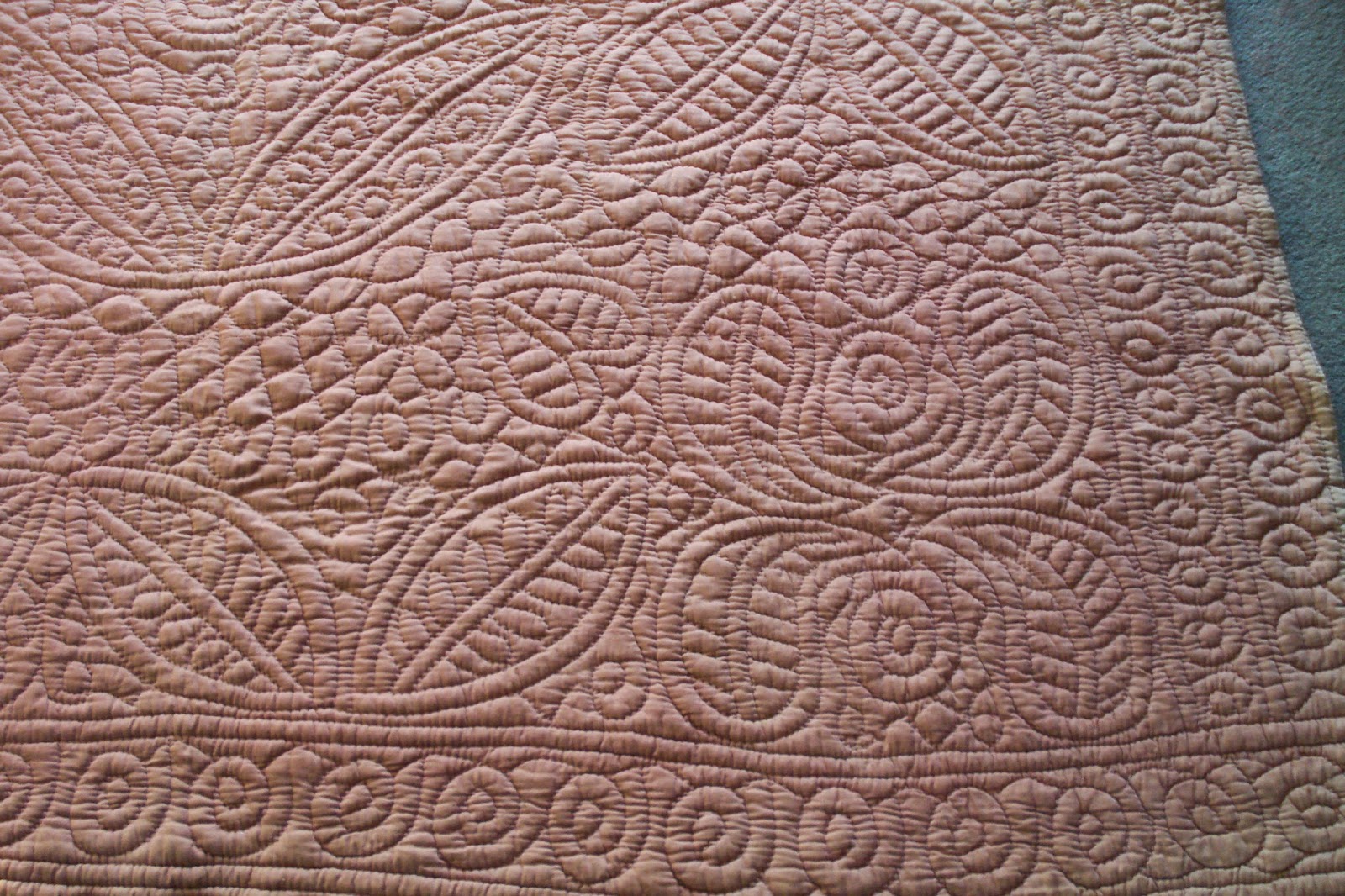 This quilt has some very nice Welsh patterns....you can see leaves, spirals, hearts and paisley pears...the quilting stands out well due to the woollen wadding.... 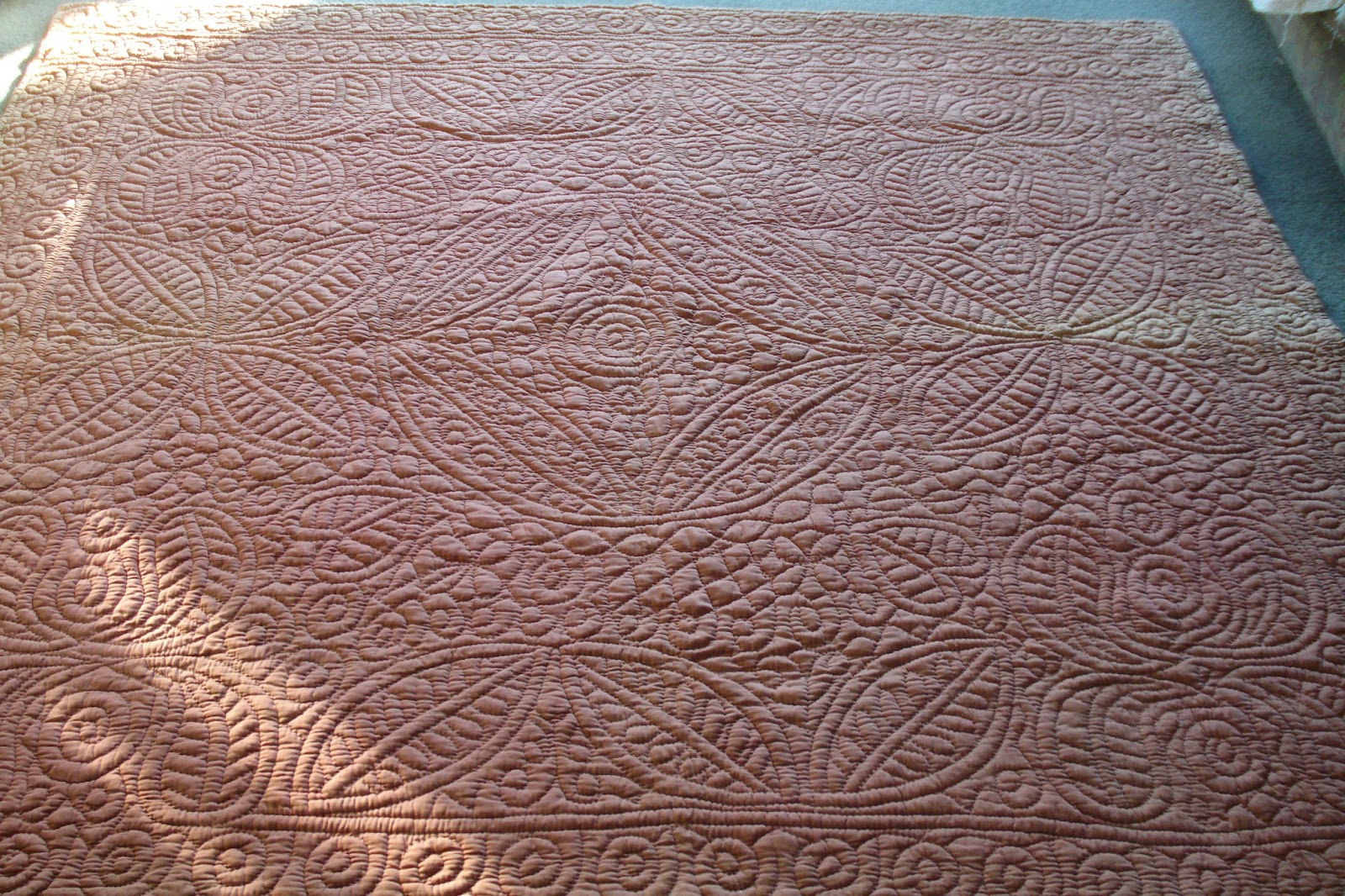 The centre has a circular "coin"...a spiral surrounded by four leaves... 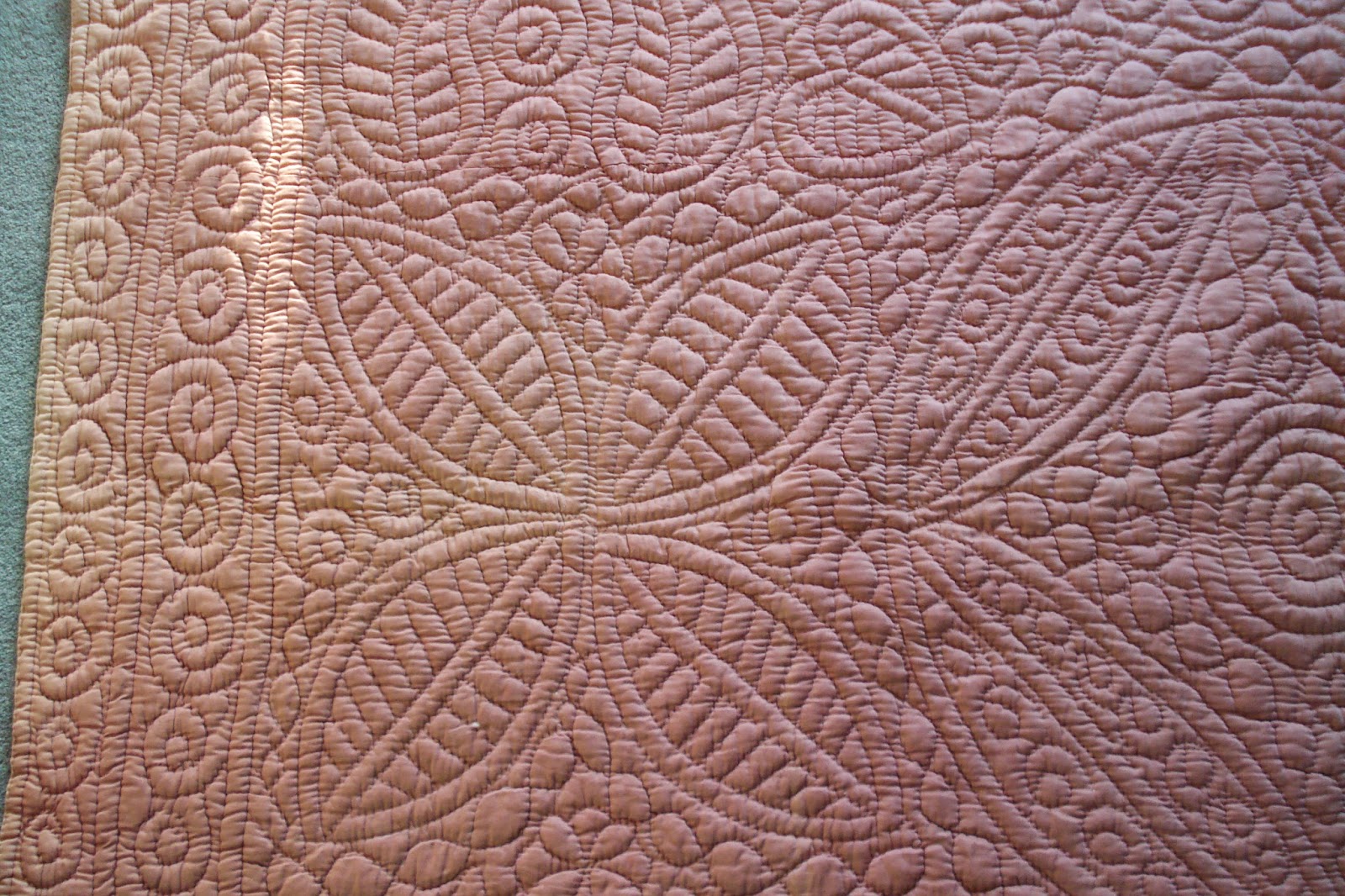 The patterns are very pleasing....the edges are hand sewn in the Welsh manner... 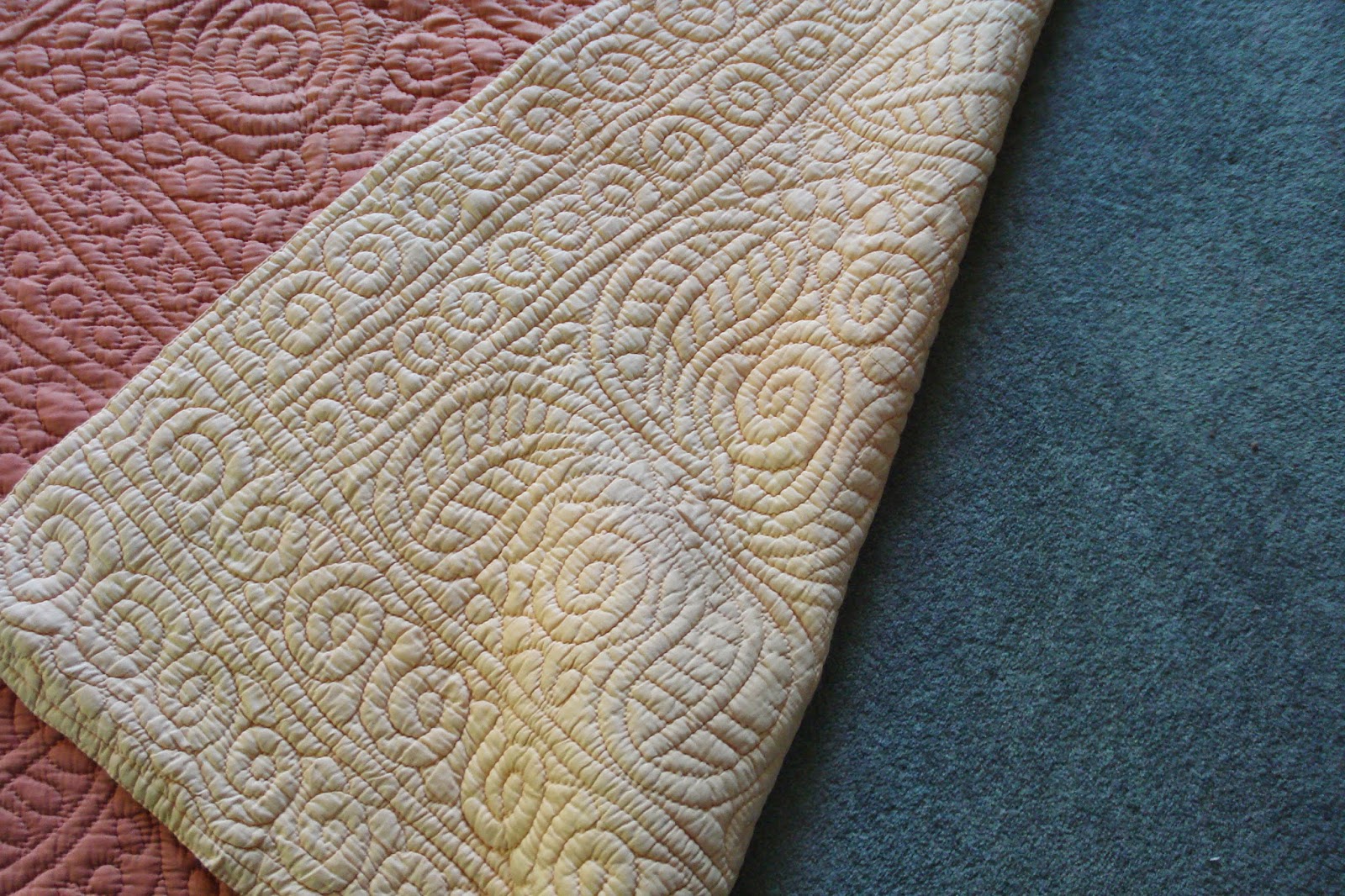 Here you can see the contrast in the two sides... 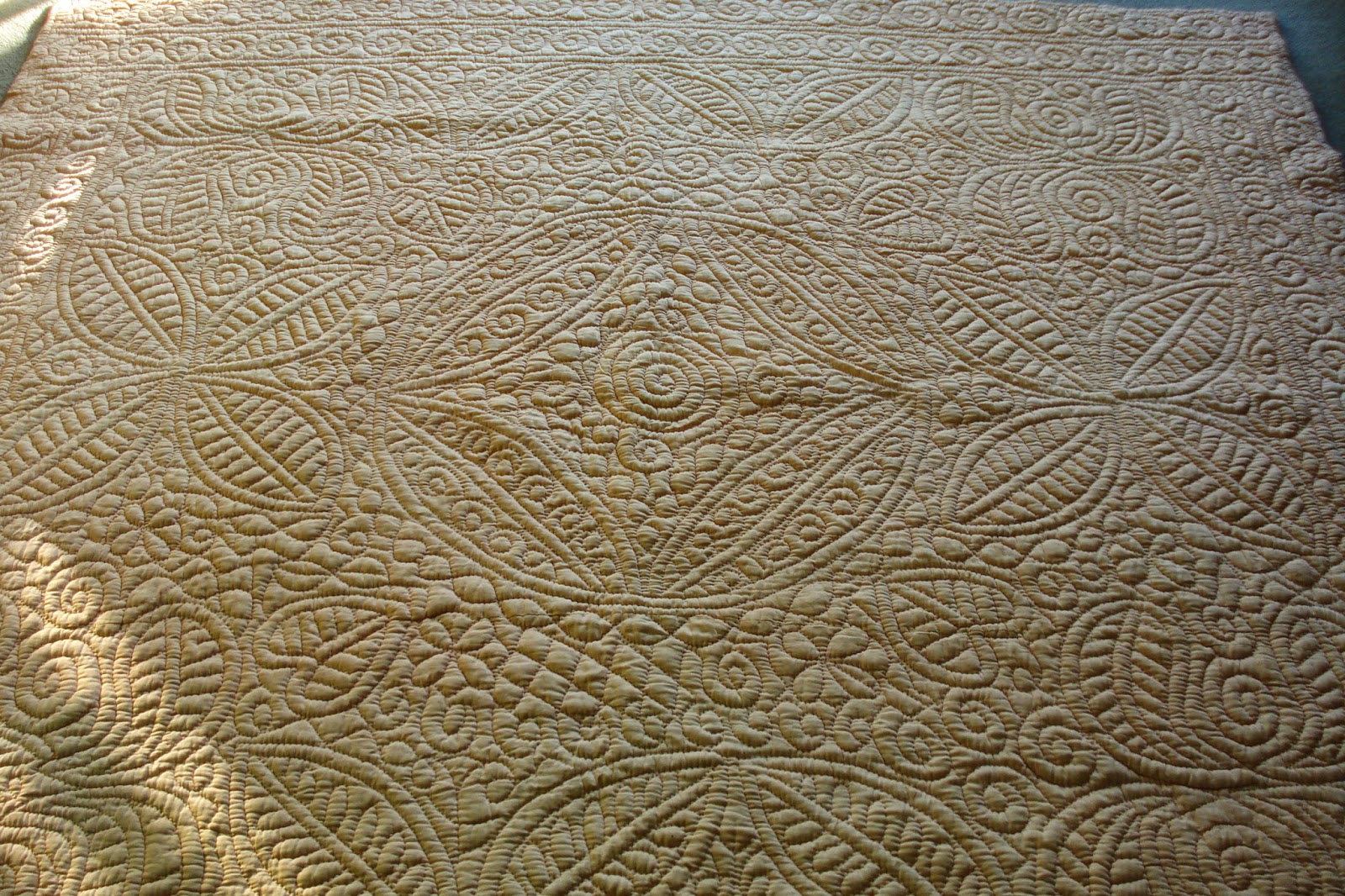 The cream side...and below, the pink side. This quilt has some fold marks on the darker side,not uncommon, due to fabrics fading where the sunlight hits the folds in storage. This quilt came from a house clearance of an uncle in Treorchy, Rhondda. The  quilt came from his mother; mother's name was Phyllis Davies.... The family is not sure who made the quilt, but it had been in the family for a long time. 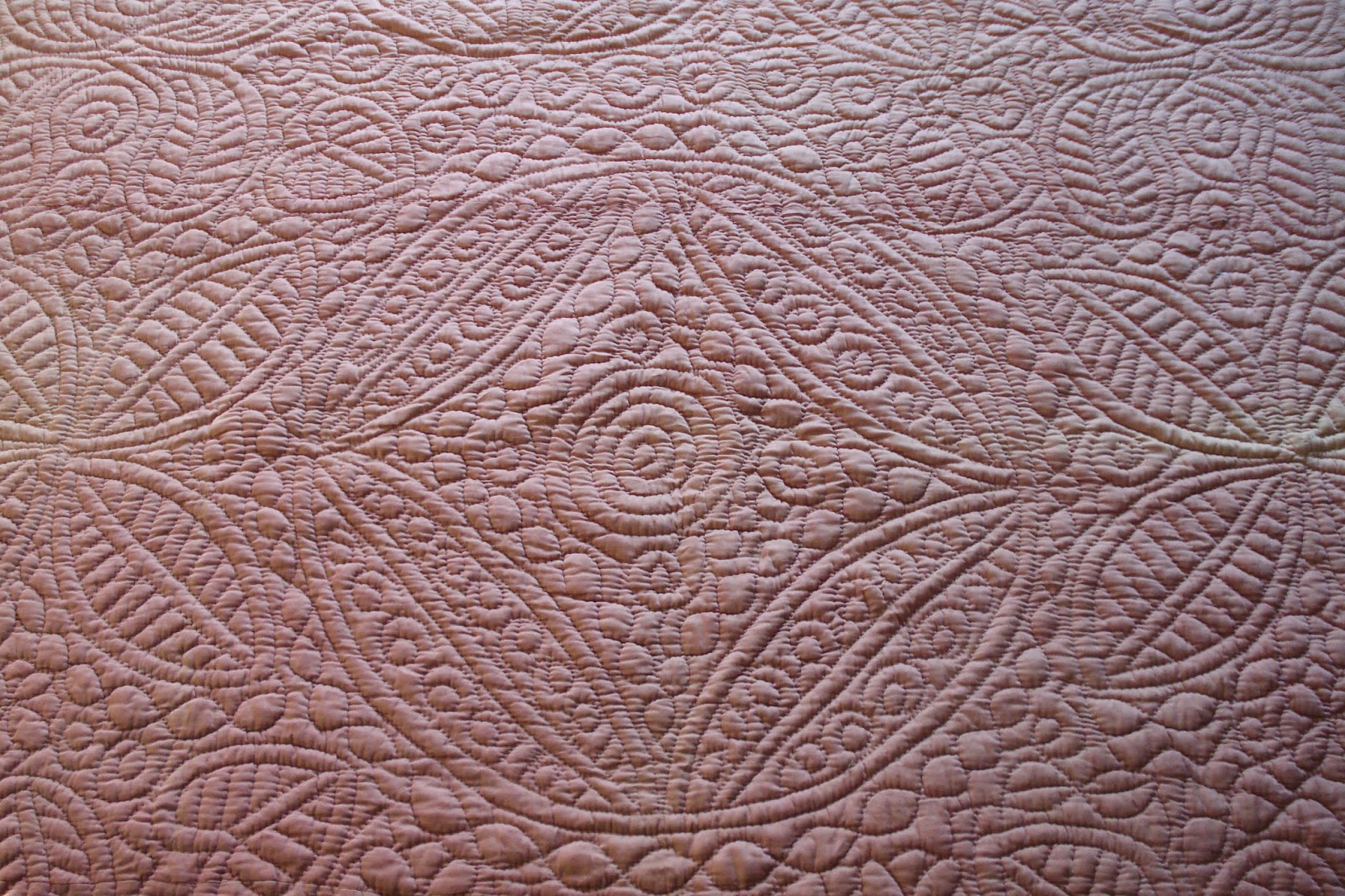